This week, we want to take a break from discussing solely commercial and residential electrical needs. We want to share some exciting things happening in the world regarding electrical advances. As we know, emissions is heavily discussed and electrical advancements are here to save the future, so get inspired to improve your home energy efficiency.

Advancements in the world of electricity:

Last month, a world’s first took place in Vancouver, Canada. An all-electric powered seaplane took flight for the world to see. Those in the field share this is definitely a “first” in the aviation industry.

A six-passenger aircraft fitting with an electric motor was the star of the short, exciting test flight. The flight was pulled off by Harbour Air and magniX. The companies shared this was absolutely a step towards “the world’s first all-electric commercial fleet.” 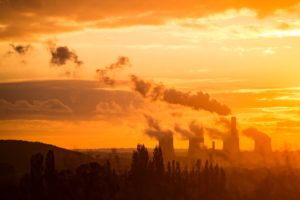 While the debate on where most of our emissions are created, the aviation industry is under close watch. The steps towards electric planes could assist in dramatically reducing carbon emissions in the high-polluting aviation sector.

In other words, the earth’s state would not be so heavily effected by plane’s emissions if they are electric. In a statement, Harbour Air and magniX said, “This historic flight signifies the start of the third era in aviation- the electric age.”

For anyone familiar with aircrafts, the flight involved a six-passenger DHC-2 de Havilland Beaver with a 750 horsepower magni500 propulsion system. To most of us, this is gibberish but sounds pretty impressive. In order to work towards a cleaner aviation industry, the Australian company magniX says their propulsion system aims to provide a “clean efficient way to power airplanes.”

We know the aviation industry is not the only one that needs to make a change, we sure are proud of magniX to make it happen in today’s world. The company first launched in early 2019, so they are off to a great start thus far.

Although it isn’t a large company like Delta, JetBlue, or American Airlines, the Canadian seaplane operator Harbour Air hopes to run its fleet on entirely electric planes by 2022. Of course, this is assuming it will obtain all safety and regulatory approvals.

After years of decline, greenhouse gas emissions in the United States appear to be on the rise again. According to the recent preliminary estimates released by the Rhodium Group, carbon dioxide emissions overall surged 3.4 percent in 2018. The tranpsortiaton sector lead the way as the largest source of emission three years in a row. 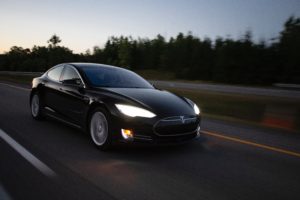 Many average Joes find it quite interesting that the bump in transportation emissions wasn’t caused by cars as most of us would presume. Car travel has increased since 2017. However, gas consumption decreased.

As passenger cars are not to blame for the bump in emissions, trucking and air travel has helped contrive to the overall increase in emissions. The demand for both jet and diesel fuel increased by about three percent in 2018.

As professionals in the electric industry, we are very proud to witness this achievement and encourage our clients to make a step towards a clean future in and out of the home. Alaska works hard at minimizing their negative effects on its land and air. It was no surprise the highest rated US airlines was Alaska airlines, but that still was ranked at 22 compared to all airlines in the world.

American Airlines was ranked 66th in 2017 but made some improvement and snagged their spot at 58th in the world in 2019. We hope you come back next time to read more electric world news! Make a call today to improve your home energy efficiency with the help of our experienced commercial and residential electricians.