Last week, we shared residential electrical basics. It is valuable to know how your home gets the power it needs. Join us today to continue the discussion of practical knowledge for home owners and renters alike.

Keep in mind that if you turn off a breaker, all devices and appliances on that circuit will lose power. The breaker will automatically trip itself if there is a problems such as an overload. As a matter of fact, the most common cause of a tripped breaker is a circuit overload.

If your power goes out while you are vacuuming or using a high-demand appliance such as a toaster, you have probably overloaded the circuit. Move the appliance to a different circuit. Reset the breaker by switching it to the ON position.

However, if the breaker trips again without the appliance plugged in, there may be a serious issue. You must call an electrician if this happens. There may be a dangerous fault situation somewhere in the circuit.

Devices in the home: 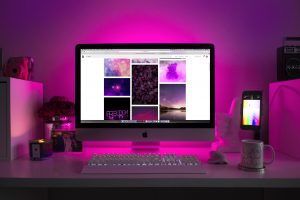 All things that use electricity including switches, receptacles, light fixtures, and appliances are called devices. All devices are connected to the individual branch circuits that start at the breakers. These are located in the main service panel.

One single circuit may contain multiple switches, fixtures, receptacles, and other devices. On the other hand, one circuit may only serve one single appliance or receptacle. A dedicated has its own circuit breaker in your electrical box. It has a set specific purpose.

Turn on, turn off:

We use switches all day long because they turn on and off lights and fans in just about every room. As discussed in previous blogs, there is a variety of switches to choose from. These include single-pole, three-way, four-way, and dimmer switches.

Living rooms, bedrooms, and dining along with other rooms places such as stairwells require switches be placed at the entrance of every room. This makes it safe and convenient to turn on the light while standing in the dark. In short, switches are used to control the flow of power to devices such as lights or lamps in your home.

Where is the nearest outlet:

According to The Spruce, wall outlets may be no further than twelve feet apart on any wall surface. To use a portable device or a television, they need electricity. Just plug them into an outlet. Freezers, lamps, computers, fish tanks, and coffee makers are all examples of things that are commonly found plugged into home’s outlets.

Outlets consists of a hot feed, neutral, and neutral ground. Specific outlets are used in areas where there may be moisture. For example, there are specific placements for outlets in bathrooms and wet areas.

A home’s wiring uses NM, or non-metal sheath. One popular brand is Romex. It is a type of plastic insulated wire. This wiring is suitable for protected, dry areas such as inside stud walls. Also, they must not be subject to mechanical damage or excessive heat.

Bx cable is used in the home’s wiring too. It is often known as armored cable. The wires are covered by aluminum or flexible steel sheath. This makes it somewhat resistant to damage. The wires in your home is sized to the load demanded required. Experienced electricians will know how to determine the size wire to carry a load.

Thank you for checking back in this week for Part Two. We appreciate is and hope you learned something new. Even a refresher is good for home owners. Stop by next week for more electrical news!